A Really Scurvy Story About Change 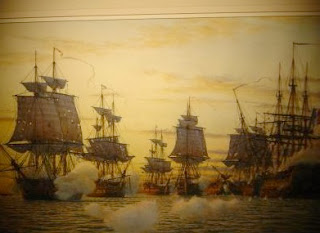 Let's look back in history at the treatment of scurvy in Britain's Royal Navy.

On long sea voyages many years ago, scurvy killed more sailors than all other causes, including warfare and accidents. For example, 160 men sailed around the Cape of Good Hope with Vasco de Gama in 1497. 100 died of scurvy.

So the British Navy immediately started to give lemon juice to its sailors, right?

In 1747, almost 150 years later, another experiment was conducted by James Lind a British Navy doctor. He found when sailors, stricken with scurvy, were given citrus fruits, the treatment cured them.

Wow! Surely the British Navy was overjoyed at this news and started supplying citrus fruits and juice to sailors on all its ships.

And in 1865, a mere 70 more years, the British extended the policy to its merchant marines. Yay!

No one really knows. Maybe because even though Captain Lancaster was a captain, he wasn't as famous a Captain as Captain Cook, whose journals did not support a link between citrus and a reduction in scurvy. And maybe the the good Dr. Lind simply wasn't a prominent doctor who might have had the ear of some naval bigwig (and in those days bigwigs literally had...big wigs).

Whatever the reason, here's what you need to know:

Just because you have a good idea, just because it's proven to work does NOT mean your idea will be adopted.

You will have to work to get even the best idea accepted, let alone implemented. Knowing how to talk to those who can help, knowing how to rally people to your cause, these skills are as important as your idea.

Persistence and perseverance often trump brilliance.
Posted by Michael Erwine at 10:00 AM No comments: 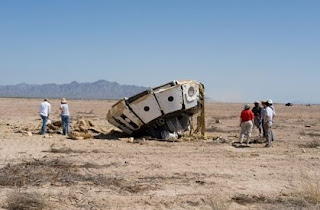 Training doesn't work in organizations either!

Did I just say that?

In organizations the problems aren't just with the motivation of person trained but with peers, managers, systems, procedures, processes, tools... Shall I go on?

Many problems need to be addressed before training can work in an organization. Most have to do with support after the training. Will there be anyone to encourage and coach you after you are trained?

Imagine a high school marching band trained like most organizational employees or volunteers are trained. There would be the training session, say, 1/2 or full day. Much of that day would be an overview of bands. In the interest of producing well rounded band members, each musician would get information on all the instruments. Near the end there would be a brief, usually hurried, role-play of a musical piece. Then everyone would be left on their own with no further practice as a group, rehearsal or coaching.

Every training session an organization schedules is an attempt to change that enterprise. Organizations need to get real and provide the support each learner will need after the training session is over.
Posted by Michael Erwine at 12:33 PM No comments: 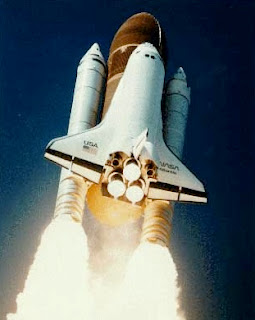 Not even my training sessions...which are, of course, excellent. ;-)

You must follow up with the next steps (and then the steps beyond), you must make different connections to find those role models, that coach, those heroes of change. You must discover those new stories that will support your change and help you do something different.

Training can help you with all that. And whoever is doing or sponsoring the training should provide you with the opportunity for support after your training. But, let's get real, nothing will happen unless...YOU take action.

Training is just the start. Training gives you some of the new tools you need. Good training may even give you the inspiration that triggers your motivation to change. But when the training ends it's up to you.

It's up to you to do the deep practice that makes real change, real improvement, real success (however you define that) possible.

After the training it's time for you to get real to make it real.

Training can give you ignition. Lift-off is up to you.
Posted by Michael Erwine at 11:10 AM No comments: