What THEY say after you're done talking. 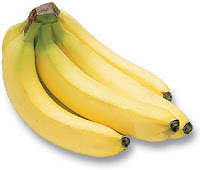 After my presentation last Saturday a woman came up to to comment on something I'd shown the group about peeling a banana. It was just a little thing, really. But this woman was moved... by something I didn't do to move people but to illustrate a point. You just never know.

She said that her sister had cerebral palsy and the woman believed her sister could learn to peel a banana using the trick I had demonstrated in my session. She was moved to have learned something that might help her sister be just a little bit more independent.

I just opened and peeled the banana from the flower end rather than the stem end. (Try it sometime. You just squeeze the tip and the banana opens right up.)

I was inspired to share this by a post in Darren LaCroix's blog here http://www.humor411.com/blog/2008/03/what-do-people-say-after-you-give-a-presentation/
Posted by Michael Erwine at 8:07 PM No comments:

Much as I hate to bring up baseball, especially with the Tigers in a losing streak, but chance rules all short series.

According to baseball statistician Pete Palmer the average difference in major league baseball due to skill is about 1 run per game. This plays out against a background of 4 runs per game due to chance. Over time skill rules.

But oh, in a short series or a single game, well, anything can, and will happen.

In a 5 game series (again according to Palmer) the "worst" team in the major leagues will beat the "best" team 15% of the time.

So, in the playoffs, with two relatively evenly matched teams, well, superstition rules! May the luckiest team win.

Does this mean that the Patriots may have been better than the Giants after all?

(Yes, I used to be a baseball stat geek. I bought Bill James abstract every year. Note to Jamesian nay-sayers... It took Bill James joining the Red Sox organization to finally break the curse of the Bambino.)

So, I recommend trying new activities. You never know when chance may lead you straight into something wonderful.
Posted by Michael Erwine at 7:07 PM No comments: